A PROJECT OF THE INSTITUTE FOR WAR & PEACE REPORTING

© CABAR - Central Asian Bureau for Analytical Reporting
Please make active links to the source, when using materials from this website

The International Foundation for Protection of Freedom of Speech “Adil soz” is a legal entity registered on April 12, 1999.

Major priority of International Foundation for Protection of Freedom of Speech “Adil soz” is establishment of open civil society over the statement in daily life of the country free, objective and progressive journalism.

The main activity of the Foundation:

Monitoring of Violations of Freedom of Speech.

Preparation and publication for journalists. There was publication of books such as, “How to behave in court”, “The right for information”, “Cover not to incite”, “Your labour rights” and e.g. 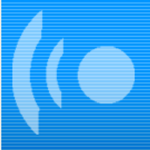 The mission of the Institute for Media Policy is to provide legal assistance to the media of the Kyrgyz Republic, the research and development of the rule base in the information sphere, as well as conducting educational projects for media consumers.

• support the development and reform of media legislation;

• strengthen understanding of the media as a resource working for the citizens of our country, which, as receivers of information have the right equal footing with other members of the media community to influence policy in the mass media;

More information can be found at: www.media.kg 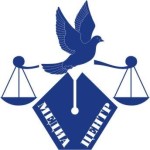 North Kazakhstan Legal Media Center – public fund, created on the basis of representation of the International Protection Fund Freedom of Speech “Adil Soz” in Kostanai, the purpose of which – the establishment of a democratic state in the country through the development of professional and objective press.

In 2008, the organization moved to Astana to expand the scope of its activities. Today, the media center – the only in Astana media NGOs, working with journalists and the mass media.

Goals, objectives, organization – enhancing the role of mass media in the formation of a developed civil society in independent Kazakhstan.

Kazakhstan International Bureau for Human Rights and Rule of Law is non-governmental and non-profit organization established in February 1993. Currently, the Bureau consists of two centers – Human Rights Protection Center, working on an analysis of legislation, consultations on human rights, development of human rights programs, and Informational-educational centre, focusing on development and implementation of educational programs and informational campaigns, providing information support to the Bureau’s work and programs. The head office of the organization is located in Almaty.  The Bureau has 9 branches and 2 representative offices. The Director of the organization since its establishment was Eugene Zhovtis, after his imprisonment in September 2009, Rosa Akylbekova had been appointed as Acting Director.

Mission: Working in all regions of Kazakhstan, the Kazakhstan International Bureau for Human Rights and Rule of Law promotes observance of civil and political rights and freedoms and the development of civil society through human rights education, collection and dissemination of information, advocacy, analysis of legislation and lobbying for its alignment with international standards.

Key goals of the Association:

– Protection of rights and interests of broadcasters, ensuring legal safeguards and coordination of activity;

– Presenting interests of the Association’s participants while interacting with state authorities;

– Establishment and upgrading professional skills of stations and studios broadcasting in Kazakhstan;

– Setting up system of horizontal networks and mutual support of the Association members in their statutory activities;

– Establishment, if necessary, funds, economic unions, enterprises and organizations for provision of services to TV and radio companies under supervision of the Association;

– Assistance to NAT Kazakhstan members with their business initiatives through looking for reliable partners for joint work, information, legal and representative support;

– Research of market tendencies related to TV and radio broadcasting, advertising and marketing;

– Participation in workshops, seminars, exhibitions together with the Association members to exchange experience, establish business contacts;

– Promotion of professional development of specialists and creative staff by means of trainings and workshops.

Feminist League – organization of humanitarian intellectuals advocating for real gender equality in all spheres of society and the individual, for the realization of creative women.

The main objective of the League – the equality of women and men in all spheres of life: economic, political, social, cultural, home.

This goal is realized as the following tasks of the League:

– The fight against sexism in education, culture, mass media, advertising;

– Creation of a space feminist culture.

Friedrich Ebert Foundation is a private, non-profit, independent organization acting in the spirit of the ideals and core values of social democracy.

It was founded in 1925 as a political testament Friedrich Ebert (1871 – 1925), the first German Reichs-president democratically elected.

The objectives of the Fund are:

-Political and social education to be attached to democratic attitudes and beliefs about the value.

-Support for gifted and socially active students and young scientists in Germany and abroad through scholarships.

-Research activities in their own organizations and support other research institutions, especially in the field of social history, economic policy, social and labor relations.

-To achieve these goals the Foundation has its own institutions, but also cooperates with partners from trade unions, political, economic, scientific and cultural circles.

The United Nations Educational, Scientific and Cultural Organization was created in 1945, as one of specialized UN agencies. The UNESCO Almaty Office (established in 1994) works in four countries, Kazakhstan, Kyrgyzstan, Tajikistan and Uzbekistan. It works through and in cooperation with the National Commissions for UNESCO in each country and partner networks in its fields of competence. UNESCO’s mission is to contribute to peace and human development through Education, the Sciences, Culture and Communication.

Throughout its activities and projects, UNESCO performs the following range of functions:

-laboratory of ideas: UNESCO plays a key role in anticipating and defining the most important emerging problems in its spheres of competence, identifying appropriate strategies and policies to deal with them.

-standard setter: UNESCO serves as a forum for articulating the ethical, normative and intellectual issues of our time, working towards universal agreements on these issues.

-clearinghouse: UNESCO has a role in gathering, transferring, disseminating and sharing available information, knowledge and best practices in its fields of competence, identifying innovative solutions and testing them though pilot projects.

-catalyst for international cooperation: UNESCO as a technical multidisciplinary agency plays a catalytic role for cooperation.